10 – Nearly the End of the Picture

13 – Skeleton in the Cupboard

22 – The Case of the Poisoned Pawn

So was the tagline for the bestest British TV series that ever had Gene Barry it, The Adventurer. Produced for Lew Grade’s ITC between 1971-1972 by Scoton Productions the series starred Gene Barry as the imaginatively named Gene Bradley, a movie superstar and businessman who in his spare time helped out British Intelligence with various problems that they were incapable of solving by themselves on account of the fact that they were thick.

At least, I think that’s the basic idea. It’s never really made clear whether he’s a movie star or just a secret agent posing as one. But I think it’s the first.

So, anyway, yes, Gene Bradley travels the globe, and wherever he goes, he is mobbed by his fans. Obviously, for he is such a young, handsome, virile… 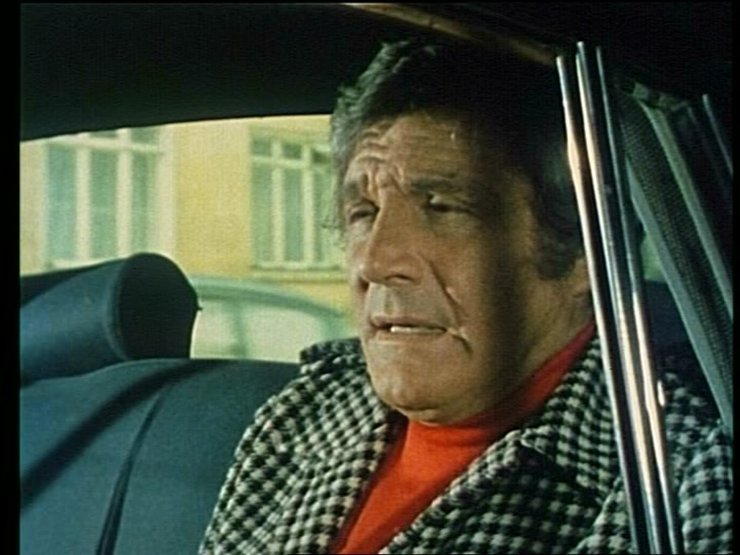 …um…wrinkly, decrepit…he looks like somebody’s granny, actually. And not in a good, Jon Pertwee-sort-of-way. Clearly, like all ITC series, this show was made with an eye on the American market and one way that they hoped to have a successful series was to get an American star in it. As the Sixties moved into the Seventies, there seems to have been a shift away from younger, handsome all-American chaps such as Stuart Damon and Joel Fabiani, and towards older types with even more star power, such as Robert Vaughn and Tony Curtis.

So, where next? Onwards and upwards, to even older and even wrinklier actors…hence Gene Barry, who was well known for his roles as Amos Burke, Bat Masterson, and Dr Clayton Forrester. No, not that one, the other one…

I…don’t understand Gene Barry. OK, he’s twenty years past being anywhere near believable in this series, but even looking at him in War of the Worlds…I don’t get how he was ever a star. He looked seventy even when he was thirty. He was in his mid-fifties when he did this, and I swear that over the course of the series he actually starts melting.

Anyway, ITC pulled him in, got him to sign a contract and…probably regretted it almost immediately. But I’m getting ahead of myself here. Aside from the great Gene Barry, who else rounds the cast of this little epic?

Well, Dennis Price for one, who made a few appearances in a couple of later episodes as Gene Bradley’s butler Brandon and did about as much with the part as was possible. He even…he even had to be in a scene where Gene Barry had no shirt on. For that alone, I have the greatest respect for him. And the greatest sympathy. Not just for him, but also for all of mankind.

Obviously Gene Bradley needed a younger more athletic male sidekick (although I’m sure that Dennis Price was infinitely more athletic than Gene Barry). Enter Stuart Damon as Vince. For the first two episodes. See, Gene Barry was a bastard, and to cut a long story short got Damon fired because he was taller than he was, and he didn’t like that. No way. Gene Barry was the star, and Gene Barry was not going to look up to his co-star. 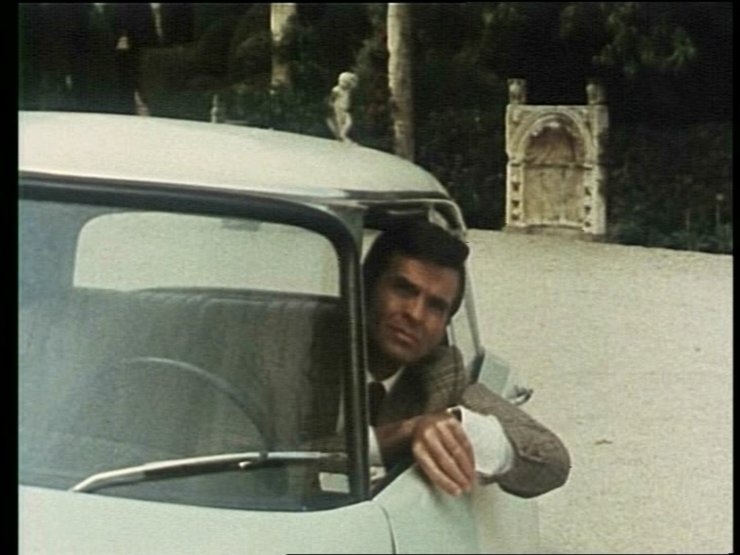 So Damon was sacked, and after Ed Bishop proved equally unsuitable (they were more or less the same height, but apparently even that wasn’t good enough for young Mr Barry) Garrick Hagon was finally cast as Gavin Taylor, another secret service agent. A rather short one. He doesn’t get to do much except fight scenes, but he’s rather likable. And he’s very short too, which presumably cheered Mr Barry up no end. Did I mention that he’s short?

This being an ITC series we need an attractive lady, and so we have the wonderful Catherine Schell as Diane Marsh. Again there isn’t much to her part except to do various odd jobs around the story but she does it very well, and she doesn’t fall into the category of ‘screaming helpless damsel’ that many other ITC ladies did. Unfortunately she too fell victim to Gene Barry and his hatred of tall people, as she vanishes after the tenth or so episode. 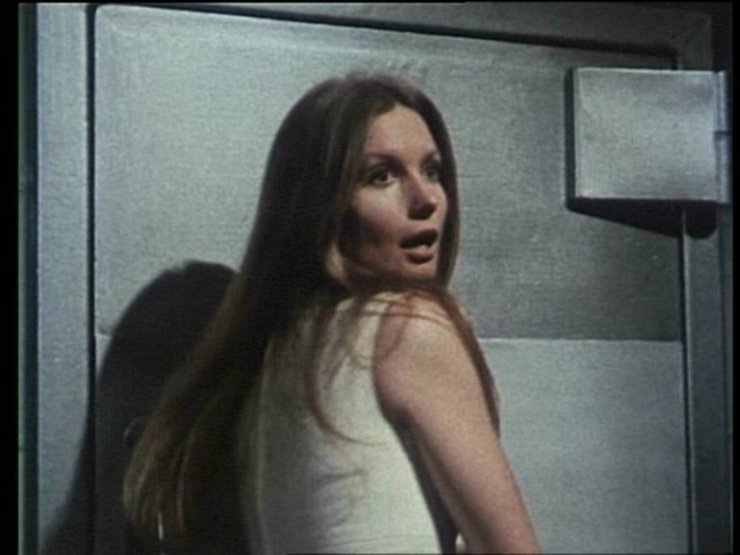 Fortunately she came back, due to pressure from ITC America and the fact that Mr Barry buggered off on holiday halfway through the series. As a result there are a handful of episodes in which he makes almost no appearance, and they’re the best episodes, which perhaps tells you all you need to know about the way in which Gene Barry lights up the screen with his charisma and charm.

His absence almost changes the series into something completely different, as Marsh and Taylor take over things together with their boss Mr Parminter, as played by Barry Morse. Parminter’s in every episode, usually popping up at the beginning and the end to tell Bradley what needs to be done and all that. Terribly English, oh yes, with his bowler hat and his umbrella and of course a mustache a mile long. But most of the time he just stands around looking confused, almost as if he can’t actually believe he signed to be in this perfect example of car-crash television.

And yes, the generally surreal tone of the series is somewhat enhanced by seeing Professor Bergman and Maya together in the same scenes.

26 episodes were made, and no-one who worked on the series seems to look back on it fondly, with most of the blame for how it turned out being assigned to Gene Barry and the mood he created on the set. A 4-disc DVD set of the series was released in 2006 containing interviews with Schell, Morse and Damon, in which they just moan about Gene Barry. I like this style of interview, tis a good idea. Sod nostalgia, just talk about how much you hate the guy. Jolly good show. Damon in particular has every reason to moan, but I’m not going to go into that here. Because I’ve already gone into it up there. 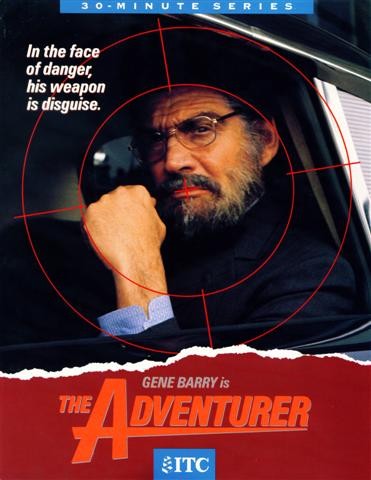 But it wasn’t just Gene Barry that was the problem. Looking back at the series…it’s almost impenetrable. Every episode seems to be created from random scenes that don’t really tie together and the stories, such as they are, always seem to have the feel of being the second half of a story rather than the whole thing.

And the plots are…well, less than gripping, to be honest. Particularly when it comes to the baddies and their wacky plans. They might point to a windmill and say “Aha! That will solve the problem of what to do with you, Mr Bradley!” and then never make it clear what the hell they were on about. They might open a door, see Parminter, Marsh and Taylor on the other side of it, grab Parminter and Marsh, slam the door on Taylor, but then immediately open it again when he knocks politely. They might even go to the trouble of kidnapping Gene Bradley, brainwashing him, setting up a fake film set, killing someone that the authorities might think is Gene Bradley to buy themselves more time, and then training Gene to kill some important army type by having him just walk up to the guy’s house and shoot him through the window. They couldn’t do that themselves, obviously. They were only four people. With a van. And a lot of money.

Needless to say, their plan failed. Gene was able to resist the brainwashing because of…um…I dunno, maybe the conditioning just couldn’t penetrate that big beefy skull of his…

Or even just plain crap. Some episodes, the early ones in particular, flit between about 50 locations in just the pre-credits sequence, and it’s almost like watching a ‘this episode’ teaser…except that it makes bugger all sense. And this problem affects all the episodes. There’s a wonderful chase scene in the first episode where every single character involved (about six in all) appears to be in a completely different country to anyone else around them and have a tendency to run past the same buildings over and over again.

And the problem isn’t just limited to the editing. Back projection is atrocious (witness a scene where Parminter and Bradley meet on a ferris wheel, and closeups of one character reveal that their side of the wheel is moving up while for the other character the wheel is moving down), the film stock is dirty old 16mm held together with sellotape and a prayer, and the camera has a tendency to be filming the wrong thing at the wrong time. It’s a complete cavalcade of ineptitude.

I suppose I should mention the opening titles. These are a laugh riot in themselves. Thrill! As Gene Barry walks into his office, scowling! Gasp! As he rips a message from the telex machine and scowls at it! Be amazed! As Gene Barry signs a cheque! Cheer! As Gene Barry says “NO!” and slams the phone down on someone. Presumably Stuart Damon.

And then we go outside, for the ‘action’ shots. Now, aside from The Saint, Jason King and The Protectors, the opening titles for ITC series didn’t have much action in them, it was usually just the handsome leads standing around being handsome whilst wonderful theme tunes played. Not so for Gene “I’m not on the wrong side of fifty, honest” Barry, who we get to see ‘run’ through a door, throw a rope into the air, and…pull a silly face before punching the cameraman.

Yes, this being an ITC action series, fist-fights are an essential part of the mix, with Gene Bradley normally beating everyone to a pulp single-handedly. Even Paul Eddington. Even more miraculously, he manages to do this in a kind of slow-motion – it’s not that the film has been slowed down, it’s just to account for the fact that he’s at least two decades past being anywhere near capable of doing a realistic fight scene. And it’s also because his big big hair and collection of chins weigh him down a bit.

The whole look of Gene Barry in this series is…well, hilarious. The hair, his wrinkly, saggy, lumpy face…and his fashion sense. Yes, Gene ‘Trend Setter’ Barry wears only the grooviest, the hippest, and the downright dated clothes imaginable, and watching him strut his stuff in a disco or wherever is…well, it’s an experience to be treasured. And to have a laughter track attached to it. The fact that he clearly thinks he’s God’s gift to women and humanity in general just makes it all the more incredible. And rather scary, actually.

The only thing that saves this whole thing from being utterly ridiculous is the music, a marvelous John Barry piece that may well be my favouritest TV theme tune ever. It’s an incredibly simple tune, but at the same time it’s clear that a hell of a lot of work and thought went into it. I also firmly believe that, if amplified and modified to a precise frequency, that the theme tune could be used to drill into the Earth’s core. Oh yes.

Ah, The Adventurer. It’s either utterly crap, or it’s a work of sheer twisted genius. For the life of me, I can’t work out which…so let’s just say it’s both? Though once I’ve finished my journey through all 26 episodes, I suspect I might firmly come down on the side of crap.