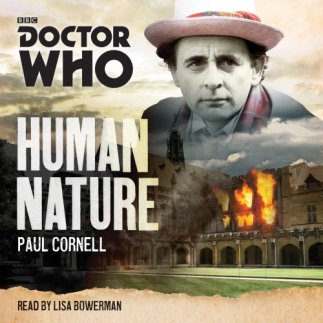 Since 2007 the BBC has been producing unabridged audiobook versions of the classic Doctor Who novelisations released by Target Books in the 1970s and 1980s. Earlier this year the range was joined by a new line of audiobooks covering several of the original novels released throughout the 1990s and early 2000s, firstly by Virgin Publishing and later by BBC Books. While I am reasonably familiar with the BBC Books lines their Virgin predecessors are a different beast; by the time I became a Who fan those books were out of print which made following the continuing storyline a little tricky. In fact I can only remember making it all the way through one, Steve Lyons’ Conundrum, and seemed to spend most of the time thinking that I’d probably get more out of it if I’d known more about the books that had gone before. As a result I never really revisited a range which a great many Doctor Who fans still hold in high esteem – which, as it turns out, may have been a serious mistake on my part. 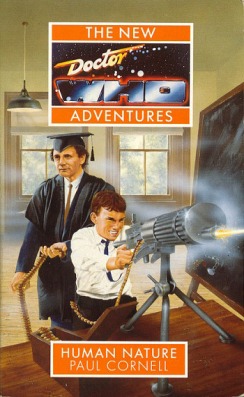 Paul Cornell’s Human Nature is one of the most popular and best-loved books to come out of that series, and if the title sounds familiar then it should; it was adapted for the Doctor Who television series in 2008, where it appeared as a two-part story featuring David Tennant’s Doctor and was similarly successful. In both versions the Doctor, having transformed himself into a human being, finds himself pursued by an alien family who seek to possess the vessel into which he imparted his original consciousness and memories. Meanwhile his companion (Martha Jones on television and Bernice Summerfield in the original novel) struggles to convince her now-human friend of the importance of him taking on the persona of the Doctor once more when all he wants to do is live an ordinary life as a school teacher named John Smith and marry the woman he’s fallen in love with, Joan Redfern.

Differences between the two versions could fill an entire article all its own (most notably there are no hordes of rampaging scarecrows here, while characters who die in both versions obviously meet cleaner quicker ends on television than in print), although the basic story is the same which would make it very difficult to choose between the two in terms of quality. Putting those differences aside and concentrating just on the book version what we get here is a wonderfully engaging and at times deeply moving Doctor Who story – one of the finest in any medium, in fact. The love story between Smith and Joan is extremely believable and touching, especially since out of all the original series Doctors the Seventh is the one you’d least expect to find in a situation like this. It makes the inevitable return of the Doctor all the more tragic, and that’s a very interesting setup for a Doctor Who story; we know that the Doctor will sort everything out but here you almost wish he wouldn’t turn up, since his arrival will wreck the lives of two characters we spend so much time with. 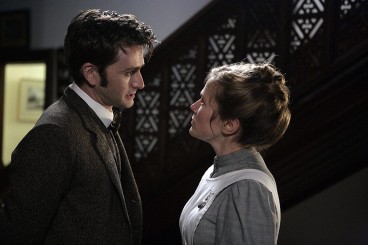 Actually (completely going back on what I said a moment ago) comparing the novel against the television version is a good way to highlight the strengths of each, and in the case of the novel the obvious advantage we get is the ability to get inside the characters’ heads much more than the two-parter was able to. Experiencing their doubts and hopes and fears enables us to empathise with them much more than we ever could on television. Not that I’m criticising the television version; far from it, the two-parter stands as a highlight not only of the David Tennant era but of the new series as a whole. It’s a common trait of the Doctor Who novelisations range that some characters come alive more on the page than they originally did on TV – but here it’s almost (but not quite) the reverse situation, discovering that characters who were already well-defined on screen were even more so in print.

There’s a terrific sense of scale here too. Despite the story mostly taking place in the school and the surrounding town both are beautifully realised, feeling very alive and real, and we also get a chilling side-visit to an alternate future Gallifrey. A particular highlight is the epilogue, which finds two of the story’s characters in the midst of the Battle of the Somme and captures the grisly horrors that follow in vivid detail. 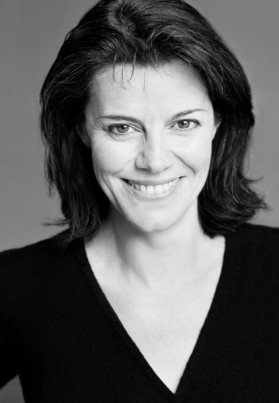 An audiobook version of such a well-written story deserves nothing less than a reader who is fully capable of giving 100% to the production, so how fortunate it is that Lisa Bowerman was chosen to read this one – there literally is no-one better! The first and most obvious advantage in having her perform this story is that it heavily features Bernice Summerfield, a character originally created by Paul Cornell for the books line that Lisa has been playing on audio for nearly twenty years now. Even better it not only features Benny but often provides extracts from her diary, so we really get inside her head every now and then.

The long-suffering hard-drinking Benny is a terrific character, always a lot of fun in any story, but all the characters in this are brought to life superbly thanks to Lisa’s performance. Her strength as an actress comes across especially well in scenes featuring large groups of characters, such as the family or the schoolboys, where each has their own distinctive voice and speech pattern and she flits from one to another seemingly effortlessly. My particular favourite among these was the little girl of the alien family, Aphasia, who (with the help of her red balloon) delights in spreading death and terror wherever she goes. Lisa seems to relish such wonderfully-evil lines as “I’ve got the pancreas, I’ve got the pancreas – and you haven’t!” and I found myself strangely missing this ghastly little creation when she finally met her end. Wisely Lisa steers clear of basing her performances on anyone who featured in the TV version; the closest we get is her Joan Redfern, which sounds very similar to Jessica Hynes’ television portrayal, although a couple of Benny’s slightly bitchy remarks suggest that the character in the novel is possibly slightly older than her screen counterpart. 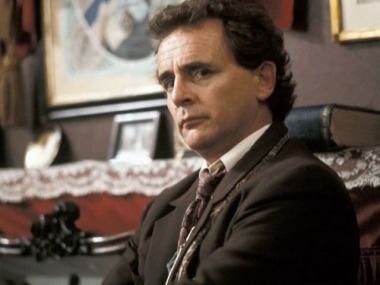 It was Lisa’s performance as Sylvester McCoy’s Doctor/John Smith that I found most intriguing. A lesser actor might be content to just do a passable Scottish accent and leave it at that, but she manages to capture every aspect of McCoys performance from the manic energy to the sedate melancholy and of course the rolling rs! There were even points where she was so convincing conveying the Doctors desperation or frustration in moments of extreme crisis where I found I could almost see the hand movements that he would usually make at such times. This in particular was a very well-observed performance, even from someone who’s been acting opposite him for as long as she has!

In fact it’s almost impossible to find any fault with this release at all, and the only moments where I did find myself pulled out of the story came when it referenced the events of the previous novel, Sanctuary, which of course I’ve not read. That wouldn’t be much of a problem if it weren’t for the fact that it’s these specific events that lead the Doctor to take the decision to transform himself into John Smith in this book, so having a little (or in my case any) knowledge of that would have helped. (Benny does mention it fairly early on and in enough detail to help any new readers catch up, but it isnt clear until near the end of the book that the Doctor was also strongly affected by it too.) That should in no way be taken as a criticism of either the book or the audio; probably just as a sign that I’ve got some reading to do!

Human Nature comes highly recommended, in any of its three incarnations. The original novel (which I made sure to pick up from Amazon pretty much as soon as I finished listening to this) is one of the best Doctor Who stories in any medium, and this new audio version brings it to life perfectly thanks to Lisa Bowerman’s expert narration and performance. It was an absolute delight to spend nine hours listening to this gem of a release, and I really do hope theres more like this to come!